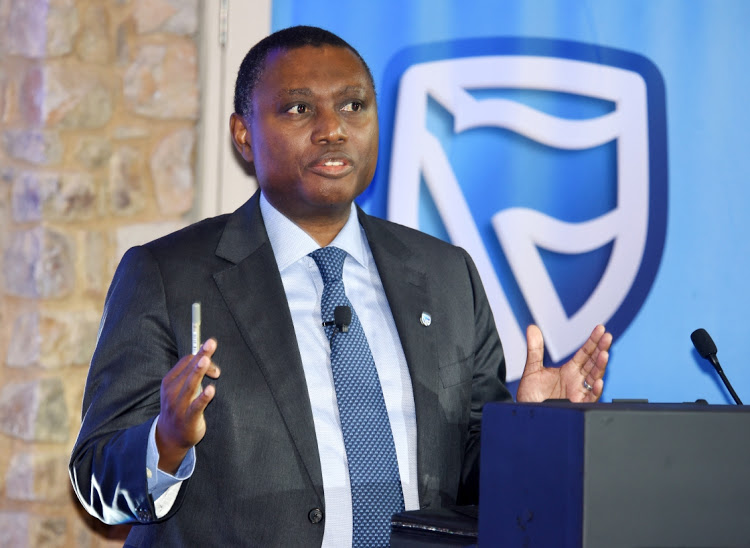 Q: Standard Bank recently hosted its 10th annual Africa Investors’ Conference. Is it realistic to speak about investment opportunities on the continent in the midst of the coronavirus pandemic?

In South Africa we think we will have a gross domestic product (GDP) decline of 8.5%, with a bounce of 6.5% next year. When you look at the rest of the continent, it’s pretty clear that west Africa will also be in recession, while east Africa will just grow at just about 1%. Oil exporters and countries like Zambia – which is exposed to copper – are going to struggle, whereas the diversified economies of east Africa, which have seen excellent monetary and fiscal management, will [reap] benefits.

So first, anyone with a portfolio on the continent will do well. Second, we think as value chains are readjusted, manufacturing will move to parts of Africa. Companies have moved from ‘just in time’ to ‘just enough’ in the way they think about their value chains. And the beneficiaries of [this new approach] will be the likes of Ethiopia, which has positioned itself with investments to ensure that it gets the benefit of light manufacturing, if light manufacturing does get relocated from Europe and Asia. I think the same would apply to South Africa, which could position itself very well to take advantage of such a relocation.

Q: South Africa’s economy was struggling before the coronavirus hit. What can the government do to improve investment opportunities?

A: There’s a lot of confidence and hope arising from the initiative the president [Cyril Ramaphosa] has taken. The government has committed R100bn ($5.7bn) for investment, and 88 investment-ready projects have been identified.

It has been a number of years since we’ve had such a deliberate and conscious approach, and collaboration between the public and the private sector. This is a theme we expect to hear a lot from the current administration, exemplified by the establishment of the Investment and Infrastructure Office in late 2019.

We’re seeing a lot of activity and thought going into investment in sectors including transport, energy, ICT and agriculture. So there’s lots of excitement from our side.

Q: What for you were the key points made by the minister of finance [Tito Mboweni] in his budget speech in late June?

A: First up was the simple recognition that [South Africa’s] budget deficit is going to be 15.7% for 2020. It’s a mind-blowing figure but the minister addressed it head on, and spoke frankly about the upcoming spike in the debt-to-GDP ratio.

Particularly noteworthy was his statement that the government intends to borrow $7bn from multilateral institutions like the International Monetary Fund (IMF). The ruling party and the Tripartite Alliance [between the ruling African National Congress (ANC), the Congress of South African Trade Unions and the South African Communist Party] has traditionally been very opposed to such loans because of the [reform] conditionalities attached.

There was also plenty of language in the speech that suggests there is not only a determination to deal with costs and revenues, and to bring the deficit and the debt-to-GDP ratio under control, but also to implement serious structural reforms.

In addition to the finance minister’s speech, two other documents have been particularly noteworthy. First, the ANC’s economic transformation committee has published a paper that has the need for the South African Reserve Bank (SARB) to contribute to reconstruction development while reiterating its independence. The document does not mention prescribed assets [whereby the government leans on the financial services sector to buy government-backed assets], but rather speaks of amending the Pension Fund Act to allow pension funds to invest in development finance institutions.

Second is a document produced by the Tripartite Alliance outlining its economic response to the Covid-19 crisis, that doesn’t go anywhere near the independence of the SARB, but speaks more about the state needing to be more directive and drive reconstruction and development. Those two papers, together with the willingness to approach the IMF and other multilateral lenders, are really extraordinary developments.

The finance minister also made mention of the need to rethink the interaction between the labour movement and government, which has to do with the cost base of the civil service.

Q: What steps are you at Standard Bank taking to keep a lid on costs in the current crisis?

We’ve taken the opportunity to do some restructuring to smaller organisations [in our group], but we have not instituted an organisation-wide restructuring because we don’t think it’s appropriate in the middle of a crisis. We’ve given our people faith and hope, and confidence that we’re here for the long haul.

We’re trying to find ways of becoming more competitive through digitisation. The money we’ve already spent on expanding our digital capabilities has stood us in good stead both with our clients and our staff. We’re anticipating that those benefits will continue post-crisis.

Q: Banks across Africa have for many years been investing in their digital capacities as a means not only of boosting financial inclusion but also streamlining costs. How will the Covid-19 crisis affect this trend?

A: Without a doubt the process of digitisation has been accelerated. To give just one example in our personal loans department, leading up to the crisis the bulk of our loan disbursement applications were happening face to face, with only a small proportion happening electronically. Since April, that proportion has reversed, and we’ve had a higher proportion of disbursements happening electronically. E-commerce and non-physical activity is booming because people haven’t been able to travel. There’s every reason to believe that many of these habits are going to persist after the crisis.

The big strategic issue [going forward] is the trend towards disintermediation, with fintechs and big tech entering the financial services realm and standing between banks and their clients. For us at Standard Bank, the consequence is that we have to improve our own interface with our clients, make the experience better than that offered by incumbents, fintechs and the big tech firms, and other new entrants.

Big tech firms are definitely focusing their attention on developing markets and the African continent. Bankers have to beware and respond competitively. We’ve used the crisis as an opportunity to accelerate and to defend ourselves against such new entrants.

What we’ve seen in the crisis is that, first, there has been a flight to quality, as always happens during a crisis. Second, a lot of the new entrants are struggling because they’re dependent on new activity and new volume, which they don’t have yet. Scale matters in banking and financial services. Clients want to know that you are well capitalised and are liquid enough to meet your obligations, and we’re in a position where we can take advantage.

For further information, go to http://www.standardbank.co.za