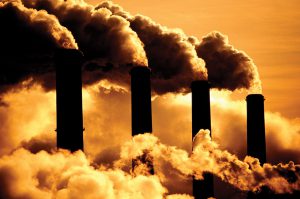 BY GYUDE MOORE AND VIJAYA RAMACHANDRAN,

After four years of inaction, the Biden administration faces a more daunting climate crisis than ever. Special Envoy John Kerry said the administration wants “to develop a U.S. climate finance plan, as well as a plan for ending international financing of fossil fuel projects with public money.” This could be done thoughtfully to support a transition to a clean and energy-abundant future for everyone — or it could result in a ban on all oil and gas projects which will stifle economic growth and make poor populations in Africa even more vulnerable to the impacts of climate change.

Africa has many of the poorest people in the world. For most African countries, the priority is economic growth — first in agriculture, where much of the population still works, and then in industry and services. Worries of an increased carbon footprint generated from economic growth are second to worries that growth may not happen at all.

The conversation about “energy poverty” has focused on just the most basic access for the very poorest. But people in poverty don’t just need to power a single lightbulb at home; they need abundant, affordable energy at work too. Energy is essential to creating productive agriculture systems, as well as to the expansion of economic opportunity in cities, factories, and modern industries. African countries need energy to grow, and to eliminate poverty — and they can’t do it with small-scale green power projects alone.

Africa’s first priority is to grow more food. Composting and recycling can only go so far — farmers need synthetic fertilizer to raise yields, and natural gas is the most efficient energy source for fertilizer production.

Poor farmers in Africa need much better access to irrigation. Efforts to use small-scale solar-powered irrigation systems at the farm level have been successful but are nowhere near sufficient to meet the needs of the entire continent. Large-scale, energy-intensive water control projects that rely on fossil fuels must be in the mix — just as they are in wealthy countries.

Beyond agriculture, a continuous supply of power from the grid is critical for expanding factory production. Countries like Ethiopia, which have ambitions to become manufacturing powerhouses, are increasingly looking to China for the construction and operation of large-scale power projects that will provide reliable electricity. Off-grid technologies are useful for extending basic energy services but cannot power the industrial activity needed to create millions of jobs and drive economic diversification. There is no world in which Africa can meet its energy needs with carbon-neutral power plants and off-grid solutions.

African countries can’t afford to grow their economies and lift their people’s incomes without relying on at least some fossil fuels — and it’s unfair and ahistorical for the West to ask them to do so. Even though Africa has 16 percent of the world’s people, its population accounts for less than 3 percent of humanity’s total cumulative global carbon emissions. If the 48 nations in Africa tripled their electricity consumption overnight, relying entirely on natural gas, the resulting carbon emissions would still equal less than one percent of the annual global total.

The continent’s needs are too great to be met solely with current green energy technologies, and its finances too stretched to be able to afford the cost of carbon-neutral energy — costs that can be borne in wealthier countries, who are responsible for most of the world’s carbon, today and in the past. Furthermore, fully zero-carbon grids exist almost nowhere in the world (Iceland is the main exception) and non-intermittent forms of electricity generation are still needed to balance out wind and solar. And low-carbon alternatives to the production of fertilizer, cement and steel largely do not exist.

And if the Biden administration’s goal is to fight climate change, the evidence shows that a higher-emissions Africa will be more resilient to the impacts of climate change. People with better access to education, health care, and housing are able to cope better with heat waves and typhoons. Roads, hospitals, resilient power grids, early-warning systems, robust food supplies, and other features of modernity buffet societies against natural disasters and other climate risks, even if the energy needed comes partially from fossil fuels. Keeping Africa poor to fight climate change will do nothing to help the people most affected by it.

Shifting U.S. development aid to low- and zero-carbon energy infrastructure projects over time is a worthy goal. But a blanket ban today on the financing of fossil fuels in the poorest countries will not only obstruct economic growth; it will also do little to fight climate change and makes those countries less resilient to climate change.

Gyude Moore is a senior policy fellow at the Center for Global Development and a former minister of public works in Liberia. Vijaya Ramachandran is the director for energy and development at The Breakthrough Institute.