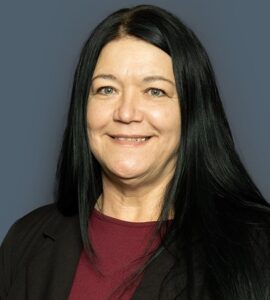 ABSA CIB is a leader in Africa’s Corporate and Investment banking, and you are in charge of Natural resources. What does managing natural resources include?

So I manage natural resources such as energy. It includes the entire African continent, which I look after for mining metals, oil and gas, all the traders, and power and renewable. I have a fantastic team working with me on those relationships, seeing what we can do from a corporate and investment banking viewpoint.

The entire continent is our backyard. We are responsible for natural resources in all countries of Africa.

Have you recently financed any primary natural resource or energy projects that we may know of over the last five years?

We are regularly financing various significant projects. And if we are talking about, for example, the renewables program in South Africa  some of these are large energy projects requiring significant finance to reach completion.

The 2021 United Nations Climate Change Conference, COP26, recently ended in Glasgow, Scotland. I wanted to ask your opinion about the transition from carbon industries to clean green energy in developing states like Africa. With a lack of infrastructure to exploit its green energy potential, what challenges do you foresee for Africa? And how do you see a transition to sustainable COP 26 energy standards in terms of collaborations and engagements with new technologies to reach goals?

So there are many challenges for African countries regarding the transitioning of their energy sources. It will be like in the famous words of ‘phasing out’ or ‘phasing down’ as preferred, and I believe it will be a phasing approach. Every country will be done differently, just because they are either very reliant on coal, for example, for an energy source, but maybe having also access to transition to gas. And many African countries are like this, such as Mauritania, Senegal and Mozambique. One more important thing is, that apart from the energy transition to alternative sources, like renewables or gas or hydrogen, I do think countries must realize that it is essential to make sure that they have a stable economy; a stable political condition, monetary and fiscal policies must be in place. These are important for natural resource exploitation to ensure that the investments help grow the alternative energy sources: I think there will be a phasing approach going to happen in every country?

Different countries have different timelines etc., but what about the corporations? And in terms of collaboration and partnerships, how could corporate technology and other resources facilitate the transition to COP 26 standards?

Many corporates will have to be transparent and more precise in their activities towards the transition to greener energy. And I think corporates have a responsibility to have a plan, even if they are involved in fossil fuel, they should have an alternative strategy to build into the new greener type of transition. And also to make sure that everyone understands that, when it comes to corporations, governments, and stakeholders working together in countries, I think the most crucial aspect is that the whole ESG should be looked at in its entirety. The environments are essential, governance is important, but we mustn’t forget about the social aspect that is an important part of a country’s development and growth of its economy. And that’s why I think the phasing-in approach will be critical. You can’t have one to the detriment of the other. It should be balanced, and over time, the ESG I think, will also become balanced towards a greener transition.

5 Part of the COP 26 conclusion was that 100 billion dollars annually will fund climate change mitigation in developing countries from 2023 onwards. Some of this will go to Africa. How would you like to see African nations exploit this money to adapt to climate change and build strong, robust, green energy sectors in line with Sustainable Development Goals?

I think the first utilization of those funds even before they are offered countries should be working on their plans to increase their renewable status. And that means every country should work with solar and wind, which is getting more and more important. There is also hydrogen out there, and it must be developed. And of course, as you know, capital expenditure for these kinds of projects is colossal. And again, we shouldn’t forget about natural gas, also out there, that could be considered a type of fossil fuel. And because of its availability on the continent in various countries, it should also be developed. So yes, these are resources that could be invested in.

You have mentioned other energy sources but not nuclear power. According to Cornel Feruta of the International Atomic Energy Agency (IAEA), nuclear energy is the solution to the challenges of climate change. In your role as Natural Resource Director, do you believe that nuclear energy is required in the transition to zero carbon emission in Africa?

Yes, I think it should be one that should come after. I do think it becomes a sensitive topic because of it being nuclear. And again, every country should have it as an alternative. If I look at the availability of the input sources, for example into nuclear, many of the countries are actually sitting on much uranium that can be used for energy. So there is no reason for leaving nuclear out. It is a source that should be considered. The reality is nuclear energy plants are very costly to set up, and requires a vast amount of money also for maintenance. However, it is cleaner than many of the other energy resources.

Apart from South Africa, probably Egypt too, no other countries in Africa have nuclear energy facilities. Countries like Nigeria with 200 million population. Why do you think it’s taken such a long time to have nuclear as a part of their energy portfolio?

I do think things are going to change. Because of COVID19, there is now a focus on the acceleration of energy transition. I do not think ever before there was so much pressure on countries and governments to change their ways of doing things than in the last two years. So I guess a positive effect of COVID has been the link to more climate change transition and renewables, etc. You know, apart from the worst of the pandemic, it is forcing many countries to look at things differently which was not necessarily focused on before.

Again African countries are endowed with many battery minerals, so setting up energy types of technologies using the battery concept could be explored. You know there are small solar packs now available, and it is becoming part of more logistics than before as the technologies become more accessible. I think also it becomes the responsibility of governments to work together with local communities to benefit their environments. More importantly, African countries are rich in these energy resources that they need to do things differently. Because if the resources are not befitting the countries and they are only exporting them out to the rest of the world; they undermine their growth and development.  They can do so much better in these various countries, which is something that African governments must now look at.

As well as focusing on more plans to assist small entrepreneurs trying to get their business up and running, as a bank, we’ve got an enterprise supply development program. We look at smaller companies, smaller businesses, to try and assist in the entire development process. However, we need a lot more financial institutions and possible government subsidies to support businesses to grow. But again, that will differ country by country. It cannot be done in isolation. There must be a concerted effort from stakeholders to see what we can do to power the nations their businesses and people.

Yes, there has been much focus on microloans’ small money. And ABSA has small business loans, but are there be loans in terms of millions or maybe tens of millions of dollars for support?

So clearly, from an African point of view, we have programs and financial packages supporting individual cases. But, it comes with a business plan. Because clearly, we’ve got shareholders as well that needs to be considered. But again, it depends on the country; and the activities in the various countries for us to package support to the various smaller enterprises.

An actual problem with infrastructure in Africa is the perception of the continent. Many perceive that Africa infrastructure poverty is normal. And it’s not just the West only but African leaders. Do you think that that perception needs to be changed for Africa to develop sustainable investment in green energy to benefit their nation?

Infrastructure can mean various things. It can mean roads, railways sector, or telecoms; it can mean all of those things. There must be a conscious effort to build up infrastructure in these economies. And I mean, if we link it to the beneficiation that we’ve just discussed, the many resources of Africa; the infrastructure is poor not only because it may be insufficient but also because it cannot be fully exploited as railways or roads are not good enough to get it to ports, if there is a port, for example. So I think to improve perception there is a need for investments into the various countries to link up to infrastructure for electrification, which is very important, because access to electricity in multiple countries is vital for the nation and continent.

In some countries many people are not connected to the grid. Do you believe that maybe there will be an urgent focus to address this situation in the next decade? Africans need the same electrification standard as in developed countries.

And we now face a focus on climate change. If you look at populations and how numbers are increasing, more and more people will need power, more and more foods are going to be required, etc. More land is going to be necessary. So I think what is needed is a combination of a concerted effort with governments and countries working together. Even if there is help with aid monies coming in, say for example, COP 26 money allocated for funding, we still need to look at ways of getting power to the people quickly, and efficiently. And it should no longer be a perception but the leverages need to be increased.

Finally, this Africa Energy Forum is taking place post-COP 26 during the worst pandemic in my lifetime, over 50 years. What message would you like to send to the African energy forum meeting about electrification in Africa?

My message for energy in Africa is that you can’t leave Africa behind. Look at what is happening on the continent; it is rich, rich in commodities, gas, and energy. You know, if you look at the food coming out of Africa, it can provide for the entire needs of the world. I believe that we all need to work together to assist and ensure that energy sources, even if it’s alternative energy sources, can be developed to help the whole ESG equation for Africa’s future.

Thank you so much Shirley Weber, for your time and for this interview today. Thank you!.