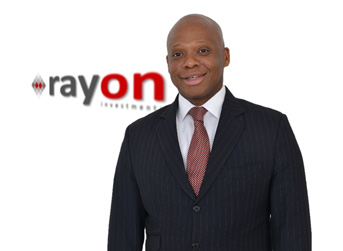 Nowadays the most relevant challenge for Companies belonging to Francophone Africa is to create a development model that could attract investments: the growing importance of the young people, the creation of a model of development embracing the main values of the nation and the vanishing political and cultural influence of European colonizers are fundamental for the completion this process.

The world is changing and these transformations involve in greater measure Africa and its people. Noteworthy changes in the continent include the rejuvenation of the population, the widening of the middle class, the rise of a consumer society, the growth of intra Africa trade, wider access to information, improvement of governance: that is only the very beginning of a list demonstrating how even the continent considered until now as the weakest economy in the world is now being taken over by the effects of modernity and in its opportunities.

The key to attracting strategic investors from other African nations and G20 countries into Francophone Africa is to rely on a constructive strategy which goes beyond improving investment climates via a string of country reforms dictated from abroad or any sort of rocket science prescriptions from the usual big five advisory firms. While these off-the-shelf solutions are often necessary, they are hardly sufficient. Since only who lives in Africa knows best which are the priorities for his country, a constructive strategy genuinely thought by Africans and taking into account the true aspirations of the people in its ecosystem is definitely a major part of the recipe.

This strategy would obviously take into account economic, social, cultural and environmental aspects, which are all connected to each other. This may sound broad and generic precisely for non-Africans who always claim to focus on the same aspects but unsurprisingly according to their very own standards and therefore missing it altogether. An effective strategy would rather be genuine if indeed it is generated by Africans and in an inclusive fashion: we are talking about politics conceived by local people and finalized to a local development, in order to show, to the entire world and even to them, how far away they can arrive exploiting their own potentiality. At the end of the day it should be a simple and sound approach factoring in Africa’s own strengths and opportunities and relying on self-awareness by Africans of these assets. This is actually a prerequisite for an effective promotion of African identity to attract key investors and in-so-doing addressing the myth of francophone Africa being the private turf of France. For instance, a strength point of Francophone Africa is its well-integrated market materialized with two economic zones embracing together fourteen countries: eight for the UEMOA zone in west Africa and six for the CEMAC zone in central Africa. These two sectors share a common currency, the CFA, insuring stability and trust for outside investors and commercial partners. This integration is also made reality through the free transfer of population and goods within each respective zone.

The weight of the new generations in African economic growth

Beyond the well known fact that Africa is the new frontier, a leading economic growth pole mostly due to its vast and diversified pool of commodities and mineral deposits, another element we have to reflect on is that it represents also the fastest growing demography: 1.2 billion today and expected to reach 2.5 billion or 25% of the world population by 2050. The demographic dividend generated by this growing, yet rejuvenating, population is precisely the reason why the downturn of minerals market of the past two years did not affect much the overall growth of the continent outside of these very extractive industries .
Clearly Africa is an emerging market, a real engine of growth. Nonetheless there is an ongoing revolution in Africa that is almost invisible, at least so far. This revolution is materialized by the exponential progress of financial inclusion fuelled by fintech solutions flourishing literally in all corners of the continent. Francophone Africa is no stranger to this. While Anglophone Africa is actually leading in this space without any rivals able to challenge it and with the general appreciation of the iconic Kenyan M-Pesa mobile money services spreading in east Africa, Francophone Africa is also up to speed with companies like Wari, the leading financial services platform focused on money transfer services and already capturing 80% of the market in its home country Senegal or Africab, the UBER-like leading company in Cote d’Ivoire, with over 150 drivers and 15,000 rides within its first four months of activity. All M-Pesa, Wari and Africab are teenage home-grown companies, which are already facing growing local competition in their respective lines of businesses, a sign of how they find themselves just one step away from the jump into the world of economic success. This revolution is the result of the fast and incredible rise of a youth with unprecedented needs and whose number of components is still growing. This young population is actually the largest in the world: Africa hosts 80% of the youth -below thirty years old- globally (Illustration: “World Median Ages Map”). Indeed: simpler, faster and cheaper financial services are spot-on in this continent largely populated by youth with ever growing needs. They are those who need and use these applications and at the same time design and offer the chance of use them to their contemporaries.

At first sight this revolution is silent, but on a deeper level captures much of the capital flow and unlocks the unaddressed demand of the informal sector and micro and small businesses. Unanimously, the continent represents a consumers reservoir, yet largely untapped, still growing and ready to unchain all the knowledge and the experiences these new sector of entrepreneurs has accumulated during the study career. For instance, according to 2014 estimates by the GSMA (world leading GSM association), about 168 million people will become connected by mobile services across Africa over the next five years. Africa population’s growth rate is indeed among the fastest globally.

Africans’ naivety before the potentiality of their continent

In order to realize completely a strong and solid bases-founded economic development, at first Africans need indeed to better understand what their main assets are and learn how to capitalize upon them: that is necessary because African economy’s awareness horizon is often limited to a few fields and primary products, the usual raw material deposits and commodities inventory comprising essentially minerals and agriculture output, which indeed are massive and diverse, which means that African companies, population and even institutions are not conscious enough and completely missing our most important assets. Among the large number of fields whose economic opportunities have been barely nicked there are: the lands (vast –Illustration “True size of Africa” picture-, arable and largely unspoiled), the forests (Congo Basin is the second largest tropical rainforest on earth), the water (world largest hydraulic power potential), even the air we breathe (polluted in most of the so-called “developed cities” in the western world), the population (either too few, aging or both, elsewhere), our culture and values (simply rich and much valuable), state of happiness and stress-free (all francophone African countries are at the bottom quarter of the 2016 world’s list of countries by suicide rates . Illustration: “Roadside market scene” picture). The list can be longer, but the main point issue is that all these assets are taken for granted to the point of ignoring them and not considering investment-worth, at the same time forgetting that these very fields are either in a state of decline or extinguished in the rest of the globe, representing a unique resource for the African continent. Basically they are becoming scarce and therefore more valuable than ever; instead Africans ignore this wealth and operate with a focus only on promoting traditional assets like minerals and agricultural commodities where their global competitiveness is minimal.

The secret of a successful African company

The key to a pro-active and effective promotion of Africa’s investment opportunities by Africans is to have this sense of self-awareness described above and thus truly believe in Africa’s own economic and business models, own way of life. The example of reference is Nollywood, which market-wise is among the top world film industries, yet focused on a country-centric culture, was formally acknowledged only recently as a pillar of Nigeria’s economy and thereby boosted the country’s economic performance ranking. M-Pesa mentioned earlier is also a successful business case, which business model is embracing Kenya’s own business culture and that of east Africa’s region. Obviously these business cases would not have been successful if they had not embraced their own social and cultural values, which become the main columns of the structure embodied by the company. These success stories, which are just a sample of the dynamic entrepreneurship reality in Africa, should be loud enough to simply understand that the key to Africa’s way up is only from within: like M-Pesa, all the future African economic companies have to focus on a development model which is connected to the identity of the country, or the geographic area, where the company is founded and expands, basing on that their role in the market.

In this regard, promotion strategies to attract investors and inbound FDI should be drafted by Africans and target Africans as they are the end-beneficiaries, the real clients. Copying strategies from abroad is pointless, devoid of advantages and takes nowhere, but unfortunately it is exactly what happens most of the times.

This myth needs to be addressed explicitly indeed to avoid any a priori and resulting negative impact on potential appetite of investors in Africa and worldwide. The influence from ex-colonial powers on culture, politics and economies in Africa is gradually disappearing thanks to newer generations pouring continuously into the workforce. However this fading influence is not widely perceived outside of the continent where the image of a “chasse gardée” is still the cliché the average investor has in mind.

The reality of the effective use of the language, French vs English for instance, is far from the stereotyped perception that common people could have. When comparing the proportion of actual French speakers with actual English speakers, even in francophone Africa regions, it is clear that there is no absolute dominance of a language over another, but a well balanced scenery (see 2 world maps). In fact, both languages are spoken in francophone Africa particularly in business circles. The above strategy to penetrate the francophone Africa market would not be sound if not accompanied with a careful choice of a local partner to cut on cost related to market intelligence.