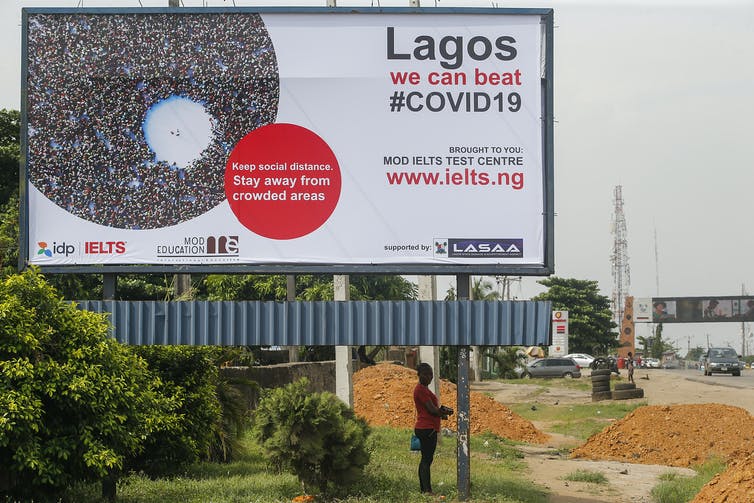 According to the CEO of Corporate Africa scientists promoting Covid19 without symptoms are more likely to be following a sinister global agenda than the reality of the disease, which they consider to be a variant of the flu; because if the disease actually existed without symptoms being shown in Africa then a lot more people would be infected.

Africa has experienced fewer COVID-19 casualties than any other region and significantly less than predicted by the WHO and western experts. And according to the World Health Organization, the continent has benefited from social and environmental factors and strong public health measures.

While infections spread across the world, COVID-19 cases have been declining across the African continent and it is questionable whether outside of South Africa and Egypt whether it really took a foothold in the continent. The reason for Africa’s success according to the World Health Organization and other experts, is the result of a a combination of public health measures paired with strong socio-environmental factors.

Early on, some worried that a shortage of health professionals and equipment would make battling COVID-19 difficult – or even catastrophic. Others wondered if prevention measures, such as hand-washing, could easily be adapted to varying contexts where finding fresh running water would be a challenge.

Years of experience battling previous pandemics, however, helped ensure the continent’s response was swift and more tailored to local needs and capacities than it might have been otherwise. Fraying global solidarity also galvanized many nations to seek out solutions themselves rather than wait for resources or support.

“Africa has not witnessed an exponential spread of COVID-19 as many initially feared,” Dr Matshidiso Moeti, World Health Organization (WHO) Regional Director for Africa, was quoted in an October 2020 press release.

“The downward trend we have seen in Africa over the past two months is undoubtedly a positive development and speaks to the robust and decisive public health measures taken by governments across the region “, she said.

What is more, African culture is more inclusive of older persons and many live with their families instead of care homes, which should have proven to be extremely high-risk environments. Large shares of older populations helped drive death rates in other countries around the world but not in Africa. At one point in the US, a third of all deaths came from nursing home residents and their workers.

Travel challenges have helped limit the virus’ spread. Travel within the African continent can be more challenging than in other areas around the world due to the continent’s sheer size and the lower development of road networks. Additionally, the high-cost of inter-continental flights can make air travel less attractive.

Meanwhile, light weight drones helped deliveries of supplies such as blood and PPE to reach hospitals and clinics to rural communities in Africa. Trips that could take an entire day by car take 30-minute or less by drone.

As of November, the continent has seen 1.4 million cases and 36,000 deaths almost all of people over sixty years suffering with numerous other diseases including Diabetes, Cancer, and HIV AIDS, a fraction of that other countries are experiencing. And, Africa’s can boast an 80 per cent recovery rate.

Still, Africa remain vigilant because according to Dr Moetsi 80 per cent of those infected in Africa show no symptoms, so there should be no complacency.

According to the CEO of Corporate Africa scientists promoting Covid19 without symptoms are more likely to be following a sinister global agenda than the reality of the disease, which they consider to be a variant of the flu; because if the disease actually existed without symptoms being shown in Africa then a lot more people would be infected”.

Many Africans and African Americans that died from Covid19 outside of Africa did not actually die as a result of the virus but because doctors filled them with morphine then stuck them on ventilators – causing certain death. This says Corporate Africa is testified all across the internet. Corporate Africa also believes that hydroxychloroquine and zinc are the best treatment for Corona virus and not vaccines that have not undergone a ten year trials, which they say the west plans to push on African people..