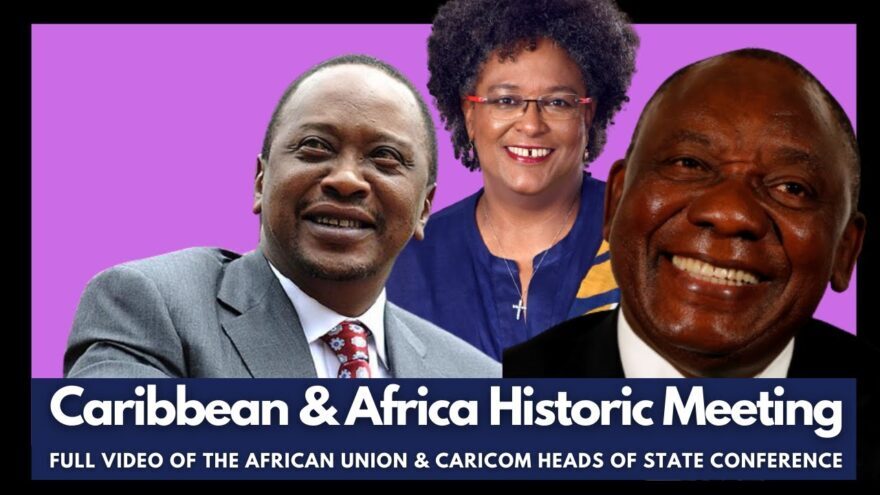 Heads of State and Government of the Caribbean CommuniCorporate Africa | Corporate Africa Newsty (CARICOM) and Africa have committed to strengthen collaboration and unity and to foster increased trade, investment and people-to-people engagement between the two regions.

The commitment was given during the historic First CARICOM-Africa Summit hosted by Kenya and held virtually on 7 September 2021. His Excellency Uhuru Kenyatta, President of Kenya, Chair of the Organisation of African Caribbean and Pacific States (OACPS) presided over the Summit which was attended by Heads of State and Government as well as Heads of Regional Integration Secretariats and Institutions of CARICOM and Africa.

Speakers at the Summit noted its historic nature and that African and Caribbean cultural and political ties run deep based on a shared history, culture, as well as a sense of a common identity.  They cited common historical experiences which inspired the Pan-African Movement championed by the Africans and the diaspora and which established the foundations of a rich and vibrant African-Caribbean relationship. The Leaders expressed the view that they were obligated to build on that vision. It was also noted that this First Summit was being held during the United Nations’ International Decade for People of African Descent.

Key areas of possible co-operation and collaboration were identified by both parties. In his statement during the opening session, Honourable Gaston Browne, Prime Minister of Antigua and Barbuda and Chair of the Conference of Heads of Government of CARICOM proposed that September 7th be celebrated as “Africa-CARICOM Day” with a Summit held annually on that date. He also proposed the creation of a Forum of African and Caribbean Territories and States (FACTS), the codifying of a Founding Charter and a Memorandum of Operation of the Forum, a multi-lateral air services agreement, and an investment protection and a double taxation agreement between African and CARICOM states.

President Kenyatta, in his statement at the Opening cited the blue economy, climate change, health and Covid-19, debt sustainability and technology as areas on which the Regions could work together.

In the discussions, the Leaders stressed the importance of exploiting the Blue Economy to boost growth and development. They also committed to foster increased trade and investment through specific agreements and the enhancement of transportation links between the two regions. This could include the removal of the requirement for visas by nationals of CARICOM and African nations.

The Leaders indicated support for the establishment of a CARICOM/Africa public-private partnership dedicated to mobilizing resources and deploying them in critical cutting-edge projects including renewable energy, the creative industries and digital technology. They called for the establishment of a joint CARICOM/AU electronic mass media platform or mechanism to facilitate the flow of news, information and artistic programming between CARICOM and Africa. On the institutional front, they proposed the establishment of an African-Caribbean Forum and the drafting of an Africa-Caribbean Charter and memorandum of understanding to underpin the relationship.

The Heads of State and Government expressed concern about the mutation and spread of the Covid-19 Virus and its effects on the health of the people as well as on the health infrastructure. In that regard, they called for increased access to vaccines and for the building of manufacturing capacity to produce vaccines in Africa and CARICOM enabled by a waiver of intellectual property rights for Covid-19 vaccines. The contribution of the African Medical Supplies Platform (AMSP) in making vaccines available to CARICOM was lauded.

The existential threat posed by climate change was acknowledged and there was agreement on the need for the global community to act towards curtailing greenhouse gas emissions in order to limit global warming to below 1.5 degrees above pre-industrial levels. They supported a joint approach to the negotiations at COP26 to be held in the United Kingdom in November.

There was strong support for multilateralism and the strengthening and reform of multilateral institutions to become more inclusive to reflect the post-colonial world. The Leaders reiterated their commitment to the Sustainable Development Goals. While welcoming the Debt Service Suspension Initiative, they emphasised the need for debt relief.

They also called for an end to the illegal and unjust economic embargo against Cuba and to the sanctions against Zimbabwe.

The Heads of State and Government agreed to participate fully in the High Level meeting of the UN General Assembly later this month to commemorate the 20th anniversary of the 2001 UN World Conference Against Racism, and to jointly use that event to advance the claim for reparations within the processes of the United Nations.

The Summit ended with a mandate for the institutionalisation of co-operation between the CARICOM Secretariat and the African Union Commission.